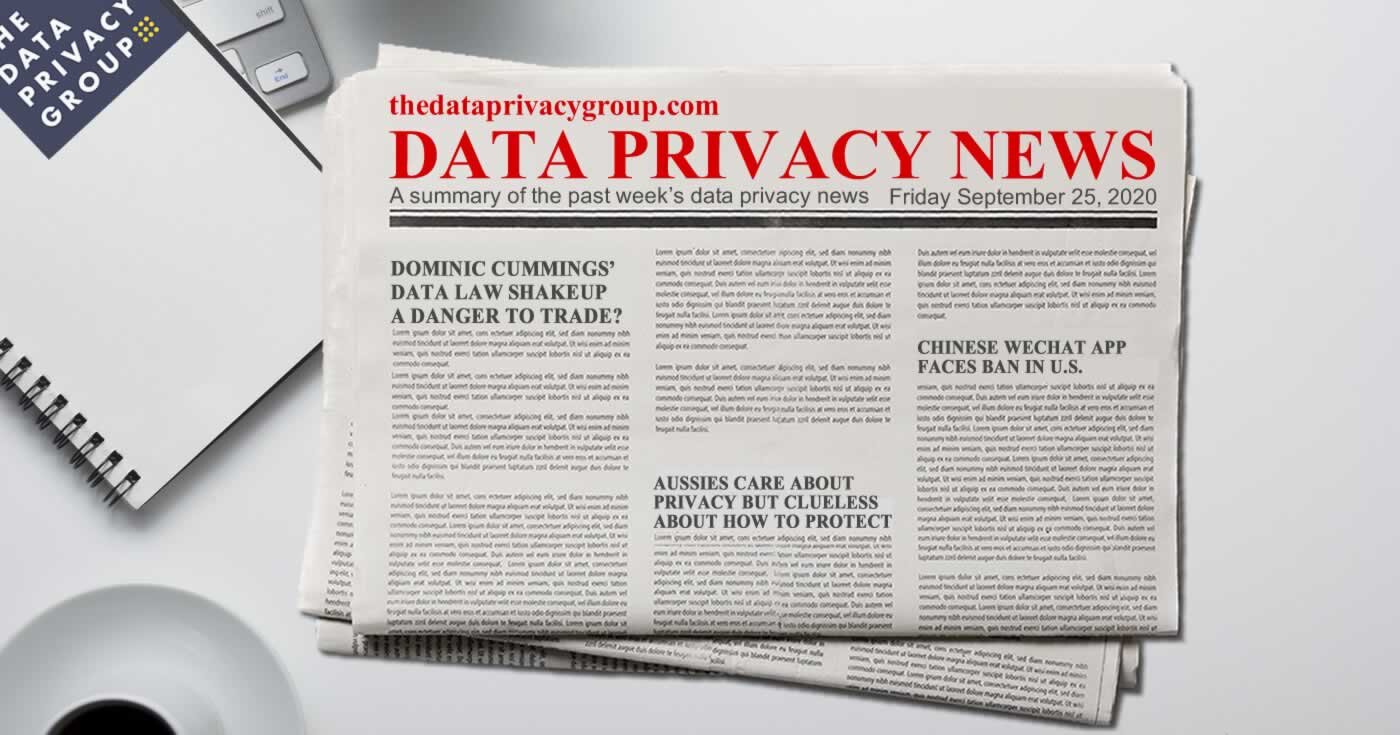 A radical “pro-tech” plan championed by Dominic Cummings to rewrite Britain’s data protection laws is endangering future cooperation with the EU worth billions to the British economy, Brussels has warned.

The government’s newly published national data strategy, promising a “transformation” long sought by Boris Johnson’s chief adviser and the former Vote Leave director, has sparked concern at a sensitive time with the continued flow of data between the UK and EU member states in question.

The European commission is currently examining whether the UK’s data laws will be in line with the EU’s general data protection regulation (GDPR) and law enforcement directive after 1 January 2021, allowing the movement of data vital to the law enforcement agencies but also the banking, health, entertainment, insurance and tech sectors.

Downing Street hopes that positive “adequacy” decisions can be made by Brussels before the end of the year when the transition period ends.

The United States Justice Department is seeking an immediate ban on downloads of WeChat in Apple and Google app stores. The departmentr claims the Chinese-owned messaging service is a threat to America’s national security.

The US Commerce Department has also moved to ban WeChat from app stores.

In a filing on Friday, the Justice Department asked Ms Beeler to allow for an immediate ban while the case works its way through court.

The filing asked US magistrate judge Laurel Beeler to put on hold her preliminary injunction issued on Saturday. That injunction blocked the US commerce department order which was set to take effect late on September 20 and that would also bar other US transactions with Tencent Holding’s WeChat, potentially making the app unusable in the US.

The department filing said Beeler’s order was in error and “permits the continued, unfettered use of WeChat, a mobile application that the Executive Branch has determined constitutes a threat to the national security and foreign policy of the US.”

WeChat is a messaging-focused app popular with many Chinese-speaking Americans that serves as a lifeline to friends, family, customers and business contacts in China. It is owned by Chinese tech giant Tencent.

Professor Brian Cox’s message regarding the new coronavirus contact tracing app has garnered a bit of attention. The physicist, who hails from Oldham, addressed people’s fears surrounding the privacy of the app.

People across England and Wales can download the contact-tracer from today which is being rolled out in a bid to help control the spread of coronavirus.

The idea is that the user, if they become unwell, they can input the details into the app, which should then be able to determine a person as a close contact.

However, people have expressed concerns over the privacy element. And Prof Brian has seemingly addressed the issue in a simple message: “For those who have privacy concerns about the NHS Covid app, it uses Apple and Google’s API, not governments.

If you are a conspiracy theorist and don’t trust Apple and Google, remember you have installed their OS anyway so it makes no difference!

The Office of the Australian Information Commissioner (OAIC) has said data privacy is now the number one consideration for Australians when choosing a digital service, with 97% of those it surveyed saying this factor trumps cost and reliability.

In its 2020 Australian Community Attitudes to Privacy Survey, which was shaped after questioning 2,866 adults, the OAIC said 59% of respondents had experienced problems with how their data was handled in the previous 12 months. The survey was conducted from February to March this year, with additional research performed in early April.

The report said 70% of respondents considered the protection of their personal information to be a major concern in their lives. Identify theft and fraud was the biggest privacy risk identified, with 76% of respondents pointing to this as a major concern. The category of data security and data breaches was second, with 61%; digital services, including social media sites sat at 58%; smartphone apps at 49%; and surveillance by foreign entities was flagged as a major concern by 35% of respondents, while that figure was 26% when they were asked about Australian entities.

Our comfort with certain data practices depends on the type of information collected, the purpose behind it, and the level of trust in the organisation involved. Australians appear more comfortable with data practices where the purpose is clearly understood — for example, law enforcement using facial recognition and video surveillance to identify suspects,

After California’s landmark data privacy law passed two years ago, measures to water down the legislation have not stopped coming. Now, Proposition 24 aims to help shield the law from new attacks.

Two years ago, California legislators passed the first major statewide digital-privacy law in the country, giving consumers broad new rights to control how their personal information is used and sold.

Efforts to water down the law followed almost immediately. More than a half-dozen bills were proposed to undo parts of the law, and tech and business lobbyists flooded the state Capitol to push them. The law survived, but some data-privacy advocates say they learned a lesson: California’s protections could easily be weakened unless voters approve an initiative to enshrine them in state law.

Advocates led by Alastair Mactaggart, a wealthy San Francisco developer, say that’s why California needs to approve Proposition 24. The Nov. 3 ballot initiative would prohibit legislators from weakening the California Consumer Privacy Act, create a state agency to enforce privacy protections, and give people more control over how tech companies use their personal information, such as race or health data.

The Deal is Done; But What’s Next for Data Privacy in the UK? 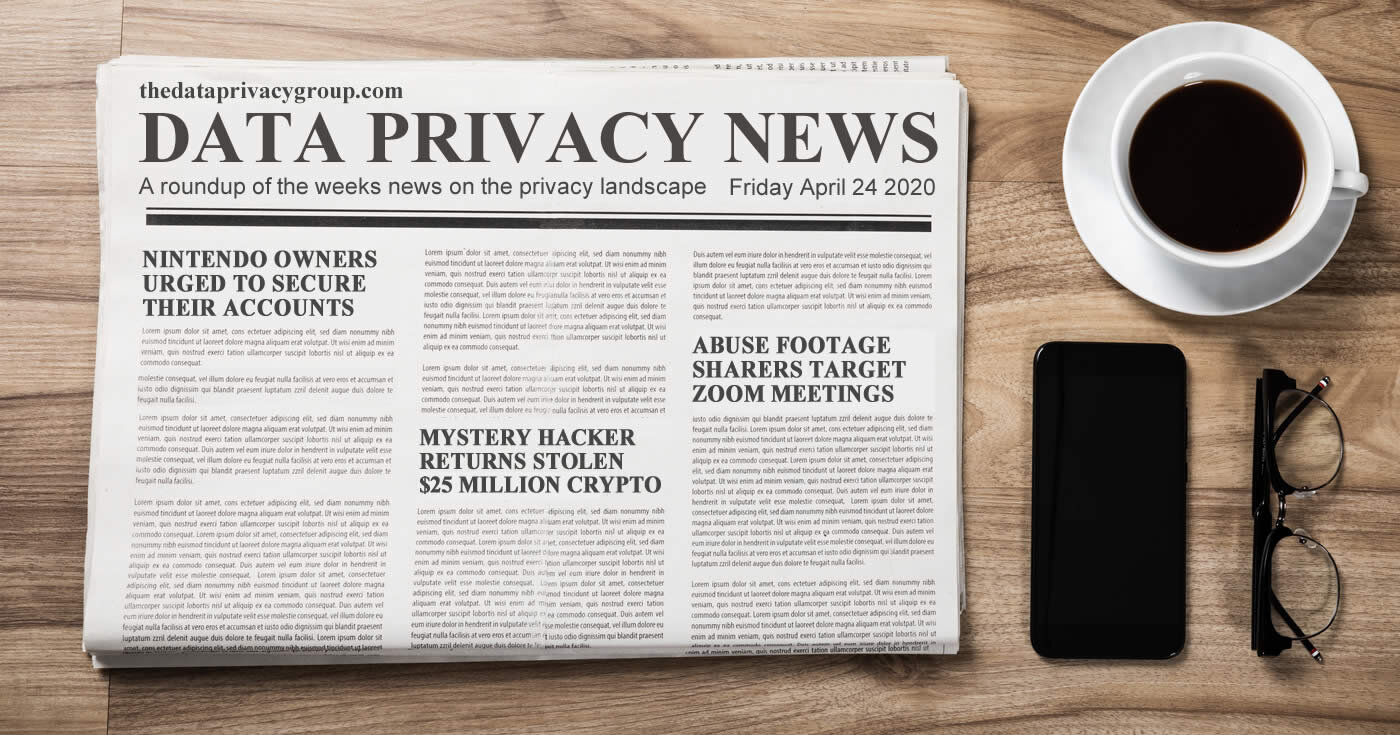